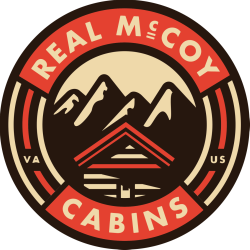 As early as 1860, Mr. Andrew Stowers, who lived near what is now known as the 'old baseball ground', just east of the Pocahontas Cemetery, operated a blacksmith shop and corn mill. Then No. 3 coal seam had been exposed where the Peeled Chestnut road crossed the outcrop, from which Mr. Stowers collected coal for his smithing operation. In 1867 or 1868 Mr. Jordan Nelson having his home in Boone County, West Virginia, decided to move farther out on the frontier. Mr. Nelson, hearing of Mr. Stower's shop and mill, visited this section in 1866, and while here arranged to exchange his Boone County, West Virginia farm for the Stower's property, thereby coming into possession of the shop, mill and 1000 acres of mountain land, which included all of the present town site of Pocahontas. In 1867 Mr. Nelson moved into his new home and continued to operate the industries established by Mr. Stowers. Mr. Nelson seems to have rapidly extended his business and within a very short time was serving customers from far away Bland County, the remote sections of Mercer and McDowell counties of West Virginia and Tazewell County, Virginia. In those days it was customary for every farmer, or at least someone in each neighborhood, to do the minor blacksmith work; knowing this Mr. Nelson immediately made use of this opportunity for increasing his revenue by advocating the use of coal in this new commercial venture, at first filling saddle bags with coal, later sacks of coal were carried to consumption points on horseback. Having an unusual mechanical mind Mr. Nelson made many improvements to his mill, finally conceiving the idea of heating his own home with fuel he had used so successfully in his blacksmith shop. After much thought he finally designed and, with his own hands, built a grate from old wagon tires and such other material as was available. This new and unsightly contraption replaced the irons in his fireplace, and forever removed from his cozy home the burning of sparkling logs, so long the practice in all frontier homes.


Mr. Nelson's advertising brought customers from far and near for this mysterious fuel. One day a customer from far down on the Bluestone River arrived with an ox wagon, to haul a full wagon of coal. News of this unusual visitor rapidly spread over the neighborhood and finally reached the ears of 'Aunt Betsy Thompson' who owned a farm adjoining Mr. Nelson's. Aunt Betsy alarmed and horrified rushed across the fields and down the hill to the mill where she announced in no unquestionable terms 'This practice must be stopped.' In her judgment, it was perfectly proper to supply small quantities for smithing purposes, but leaving there with wagon loads of the fuel the supply would soon become exhausted. To date more than 40,000,000 tons have been taken from this The Original Pocahontas Mine.

From 1863 to 1873 there was little accomplished in the way of development.

The country adjoining the actual mine openings, while as picturesque as any that could be found in a mountain region anywhere, was literally a jungle when the Southwest Virginia Improvement Company first broke ground for their development. The location for the Town of Pocahontas was then a strip of narrow, swampy valley, un-approached by any road or path and more than fifty miles distant from the nearest railroad, from which materials of every kind had to be hauled by wagon across two mountains and over almost impassable trails to the mines. Men came to the first permanent camp, known as Powell's Bottom, mostly Hungarian, German and Welsh miners, on foot and by wagon from Hinton, West Virginia, and Wytheville, Virginia, the nearest railroad points.

The Town was named Pocahontas in 1881.

Under such adverse conditions development slowly advanced until in March 1883, the railroad reached Pocahontas and for many years Pocahontas was the western outpost of the Norfolk and Western Railway. The first carload of coal, loaded in Pocahontas, was used by the railroad. The second car of Pocahontas Coal was shipped on March 13th, 1883, consigned to Honorable William Lamb, Mayor of Norfolk, Virginia. It's arrival in the city of Norfolk was the occasion of a great celebration. The railroad new line into Pocahontas was called the New River Division and was formally opened to traffic on May 21, 1883. From that time forward shipments of coal from Pocahontas increased rapidly and by the end of the year totaled 82,043 net tons. Since that time Original Pocahontas Coal has been shipped to every port in the world where coal is unloaded. The pioneers who settled the region met with many obstacles. The prospectors and first operators faced many difficulties; there were no wholesale houses or supply houses close by; the nearest bank was at Lynchburg, Virginia. Later in 1883, the first coke ovens were built, 200 in all. The early people suffered many hardships, there have been disasters, but the development has never stopped. Pocahontas had the first theater in this region, referred to as the Pocahontas Opera House. Many first run shows, operas, operettas and entertainers such as Weber and Fields included Pocahontas in their itinery. It is well know that special trains were run from Bluefield, West Virginia to Pocahontas, Virginia to enable Bluefielders to enjoy such performances. The Pocahontas Cemetery was the first organized burial ground in the Coal Fields. The Cemetery was the result of a history making mine explosion that tore through the East Mine of the Southwest Improvement Company, claiming the lives of some one-hundred and fourteen men and boys. The one hundred and fourteen miners were buried in the Pocahontas Cemetery side by side. Throughout the Cemetery history, victims of smaller mining explosions and accidents have been laid to rest along with others from Tazewell County, Mercer County, and McDowell County. Stone makers hewn in the native tongues of Hungarian, Italian, Russian, Polish, and Hebrew line the countless graves. These only further epitomize the uniqueness of the Pocahontas Cemetery for it was most unusual for people of different races and ethnic backgrounds to be buried together, especially in the South during the era that gave birth to the Cemetery. But is was fitting because here these people lived close together, worked together, died together and it was fitting that they be buried together.

The first churches followed people to Southwest Virginia. The Baptist and Methodist Churches were established in 1882, the Episcopal Church in 1884, the Roman Catholic Church in 1896, The Presbyterian Church in 1898, and the Hungarian Reform Church and the Jewish Synagogue after the turn of the century. As the churches were beginning to exert their influence, so to were over 20 saloons making their presence felt. Despite the rough and ready nature of Pocahontas on the weekends, the town carried on the business of education by opening a log cabin schoolhouse in 1884, operated by the Episcopalian Church. By 1900, the population had grown to around 3,200 and there were enough stores selling a variety of items that no one had to leave town to buy goods.

The Southwest Virginia Improvement Company built The Old Company Store in February of 1884. This was the first company store erected in the great Pocahontas Coal Fields. On the first level was the company store and on the upper levels were ample space for mining offices. Furniture and store equipment was installed and the building was occupied on the first of March. There were store clerks, salesmen, junior salesmen, milliner, dressmaker, janitor, porter, and teamsters. The company store provided a convenient place where coal mining families could purchase meat, groceries, clothing, furniture and mining supplies. The company store was the largest in town and was stocked with a large and fashionable line of general merchandise of good quality. The coal miner could obtain credit from the company store and pay his store bill, house rent, insurance, lights, water, smithing, coal, doctor, bath house, and miscellaneous bills through payroll deductions.

Adjacent to the Coal Mine is the Coal Heritage Museum (location of the original Power House), Gift Shop, and Educational Room.


Courtesy of The Town Of Pocahontas

The Real McCoy Cabins - Where even the Hatfields are welcome!